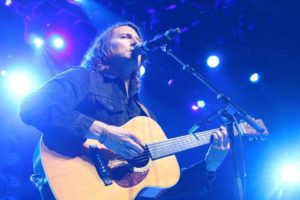 Don’t miss Szlachetka, all the way from Nashville, at Mary’s Place, on Wednesday, May 8th, for a FREE SHOW, starting at 8pm!

Rolling Stone hailed SZLACHETKA as one of the 10 New Country Artists You Need to Know, describing his forthcoming album as “a soundtrack for both the highway and the heartland… a collection of road-dog roots-rockers and Americana ballads inspired by the people (and places) he’s left behind in the rearview mirror.”

SZLACHETKA (pronounced SLA-HET-KA) draws your gaze back to a simpler time when music was less about stylized production and more about its experiential nature. His songwriting finds inspiration in the threads that connect us, weaving a tapestry of familiar moments that pay homage to the past while leaning into a future that promises both wonder and grace. Now based in Nashville, SZLACHETKA grew up in New England and began his career as the frontman for the acclaimed roots-rock band, The Northstar Session, with whom he recorded five albums and appeared in the second season of NBC’s “Parenthood”. After nearly a decade of touring he left the band and struck out on his own, releasing his first solo album in 2014, “Waits for a Storm to Find”. SZLACHETKA’s sophomore album (produced by Grammy winning producer David Bianco), “Heart of my Hometown” is set for release in early 2018.